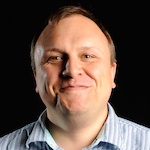 Ben Winter is interactive coordinating producer, Turner Sports. In this role, Winter is responsible for the ideation, development, and execution of all creative productions from ELEAGUE, Turner, and IMG’s premium esports content and live tournament brand. He has served in his current role since 2016 and leads the creation of studio shows, live tournament coverage, and other originally-produced esports content distributed across Turner’s leading cable network TBS, along with online platforms Twitch and ELEAGUE.com. Prior to joining Turner, Winter served as producer/writer at Riot Games. There, he added to his esports experience by producing PrimeTime League, a weekly program focused on the world’s most-played PC game League of Legends. Among several other shows, Winter was also responsible for Riot’s Worlds Group Draw Show, which reveals the team groups for the League of Legends World Championship. Prior to his work at Riot, Winter held key video game content production roles at G4 Media. He began his career with Fox Sports, where he worked on both Best Damn Sports Show Period and FOX NFL Sunday. Winter holds a Bachelor’s degree from the University of Southern California’s School of Cinematic Arts.