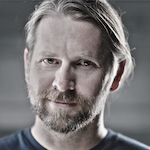 Tom Wells is a five-time Emmy Award winning director of photography. He has worked with clients that include Fox Sports, MLB, The USGA, ESPN, Nascar, HBO Sports, and NBC Sports, as well as numerous ad agencies and broadcasters for projects such as the Super Bowl, the US Open, the World Series, the Daytona 500, and the UEFA Champions League. Wells has also worked directly with clients like Formula One, BMW, John Deere, Purina, Ford, and Sprint. He is known for bringing a unique visual approach that serves the needs of the client creativity, while at the same time respecting the budgetary restraints that accompany each project.

His 20 years in production includes work in commercial, narrative, unscripted, live TV, and documentary filmmaking. Working under varied conditions for clients internationally, he has built a solid reputation of trust by delivering on his promises consistently with beautifully crafted imagery.

Wells has regularly lead training and development courses for other cinematographers and camera crew at both major broadcast networks and production companies. He has been featured in several publications for his approach to cinematography and how to connect emotionally with the audience on the other side of the lens.