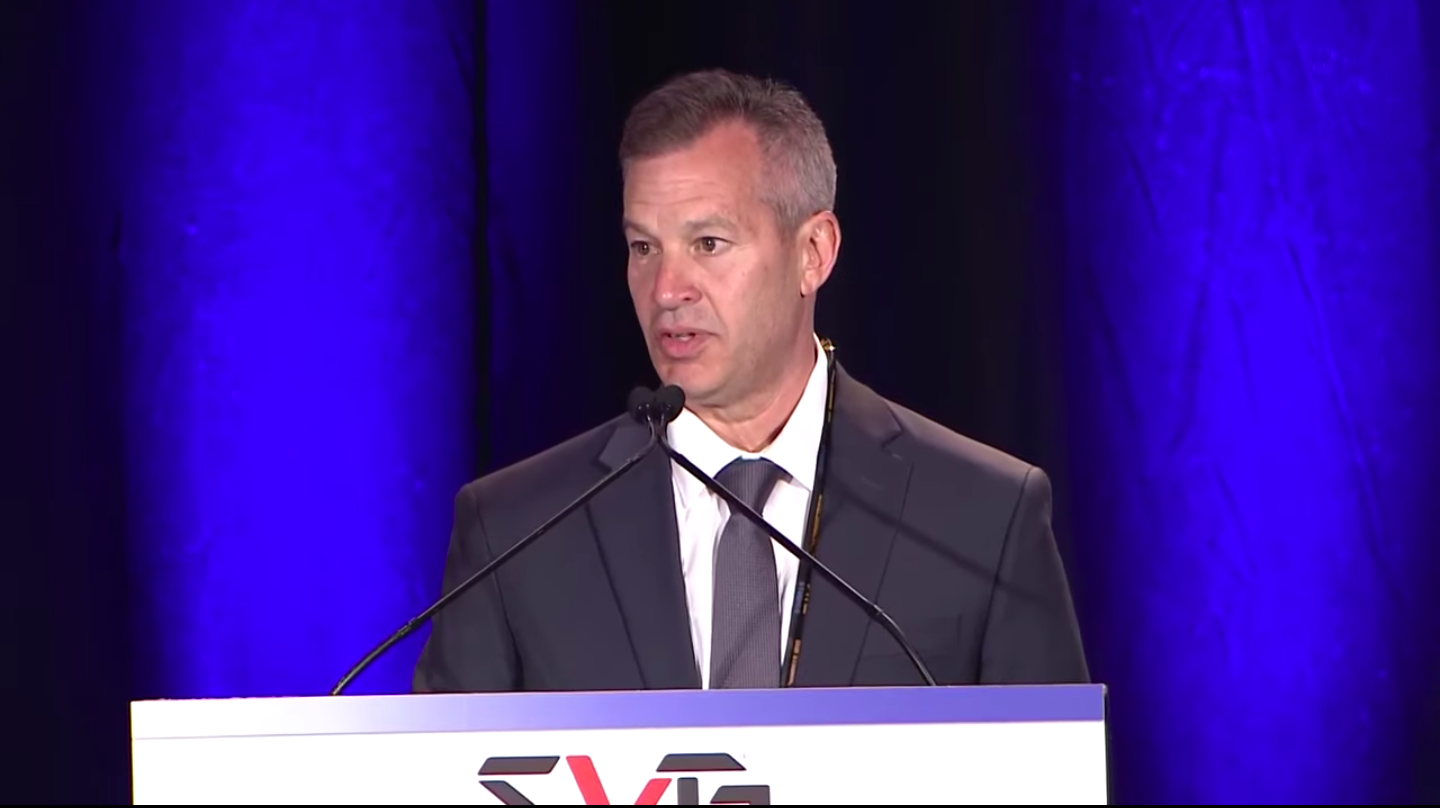 “It’s really gratifying to know that I got to be a part of [college video production],” he said. “Everyone wants to leave a legacy in this business, and, hopefully, this is mine. This has always been a great event for me to come to,” he added, “because I see excitement in people’s faces and I see people that want to grow. The future is now.”

The SVG College Summit kicked off on Wednesday, May 29 with a tour of Georgia Tech Athletics’ broadcast facility and an SVGW Women in Sports Production Networking Event. Prior to the kickoff, attendees were invited to hone their skills with training sessions on Ross Video’s and NewTek’s production platforms on Tuesday and Wednesday. Day 1 concluded with the Opening Night Networking Reception in the Technology Showcase Area, giving attendees their first look at sports-production gear exhibited by more than 45 companies. 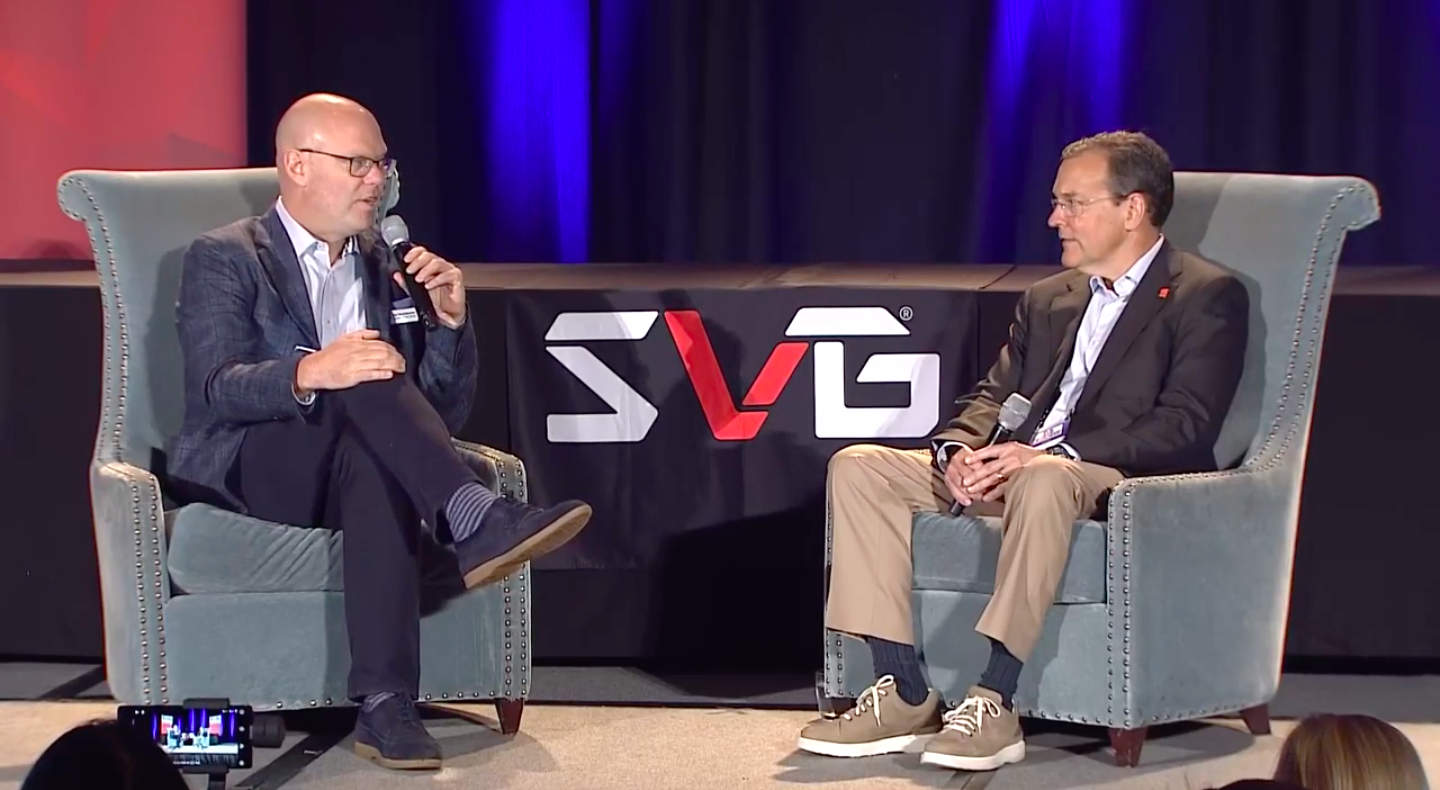 On Thursday, May 30, the day began with the panel discussion “Final Countdown: What ACC Network Schools Learned in Their Facility Buildouts,” featuring ACC schools Virginia Tech, University of Virginia, University of Pittsburgh, University of Louisville, and Syracuse University.

The day continued with a Keynote Conversation with Syracuse University Director of Athletics John Wildhack, who discussed how his past work as an ESPN executive can help colleges grow their productions properly, his expectations for the ACC Network, and the importance of establishing a culture on campus.

“You’re never done building your culture,” he pointed out. “Professional organizations that are successful year after year are ones that stick to that culture.”

He continued, “We’re here to develop young people for success, both academically and athletically. If you decide to subscribe to this culture, you’ll be a part of something that’s really special.”

The SVG College Legacy Award Presentations were up next. Raycom Sports was honored with the Technology Leadership Award, and America Athletic Conference’s Tom Odjakjian was recognized with the SVG Pioneer Award for his decades of service to the industry.

After a networking lunch, the day continued with “A Platform To Call Home: The Ivy League’s Migration to ESPN+,” featuring representatives of the Ivy League, ESPN, Harvard University, and Cornell University. “Cinematic Techniques and the Art of Storytelling in Sports” and “In the Trenches: Creative Production Solutions That Have Enhanced (or Saved!) Your Live Productions” capped the day of panel discussions. Case studies by Calrec/DiGiCo and Imagine Communications were also presented. 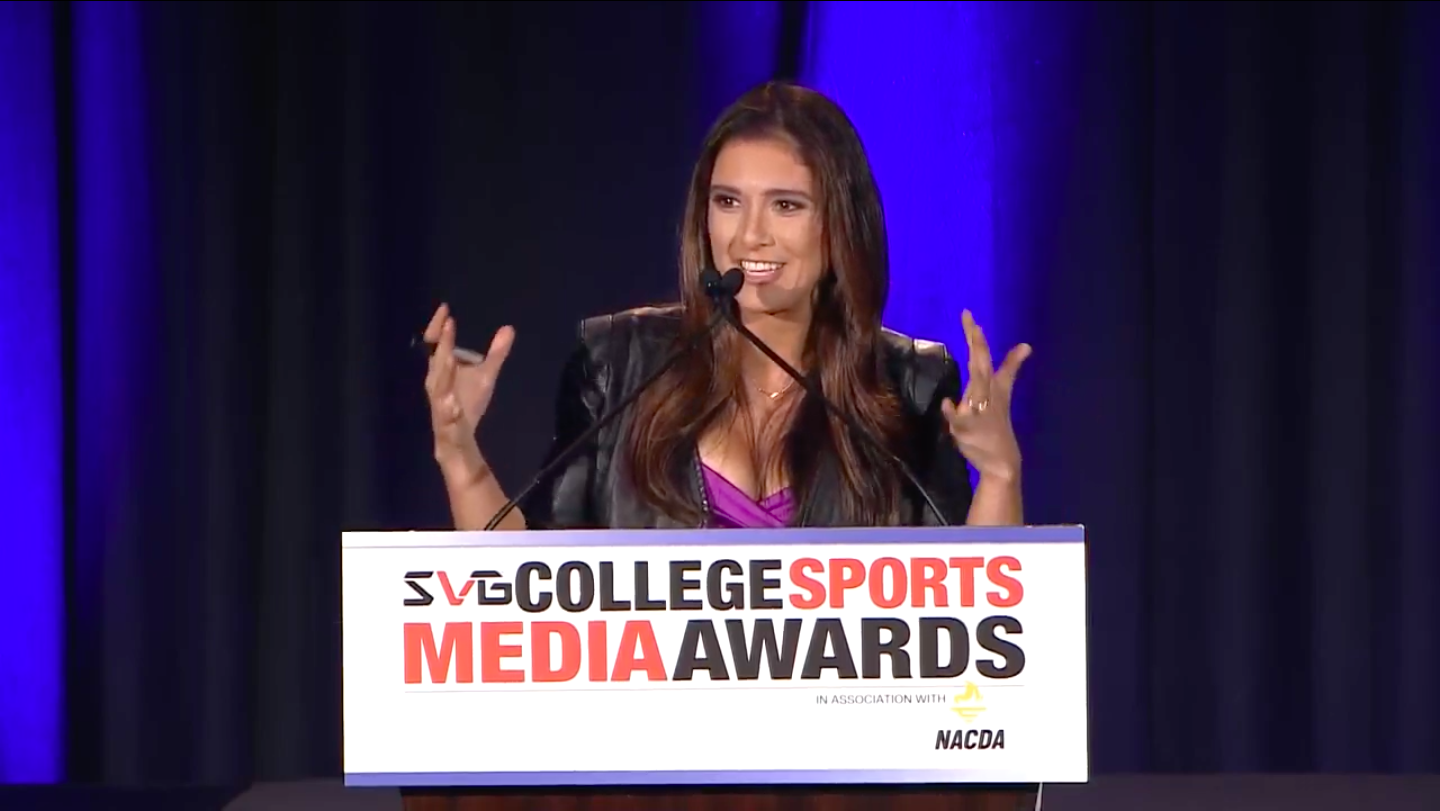 On Thursday evening, the SVG College Sports Media Awards — in association with NACDA and sponsored by Ross Video — recognized the best in college sports-video production, celebrating those who have pushed the envelope and raised the standard for the quality of live and pre/postproduced college sports-video content. The 11th-Annual CSMA Ceremony was hosted by ESPN’s Jen Lada. 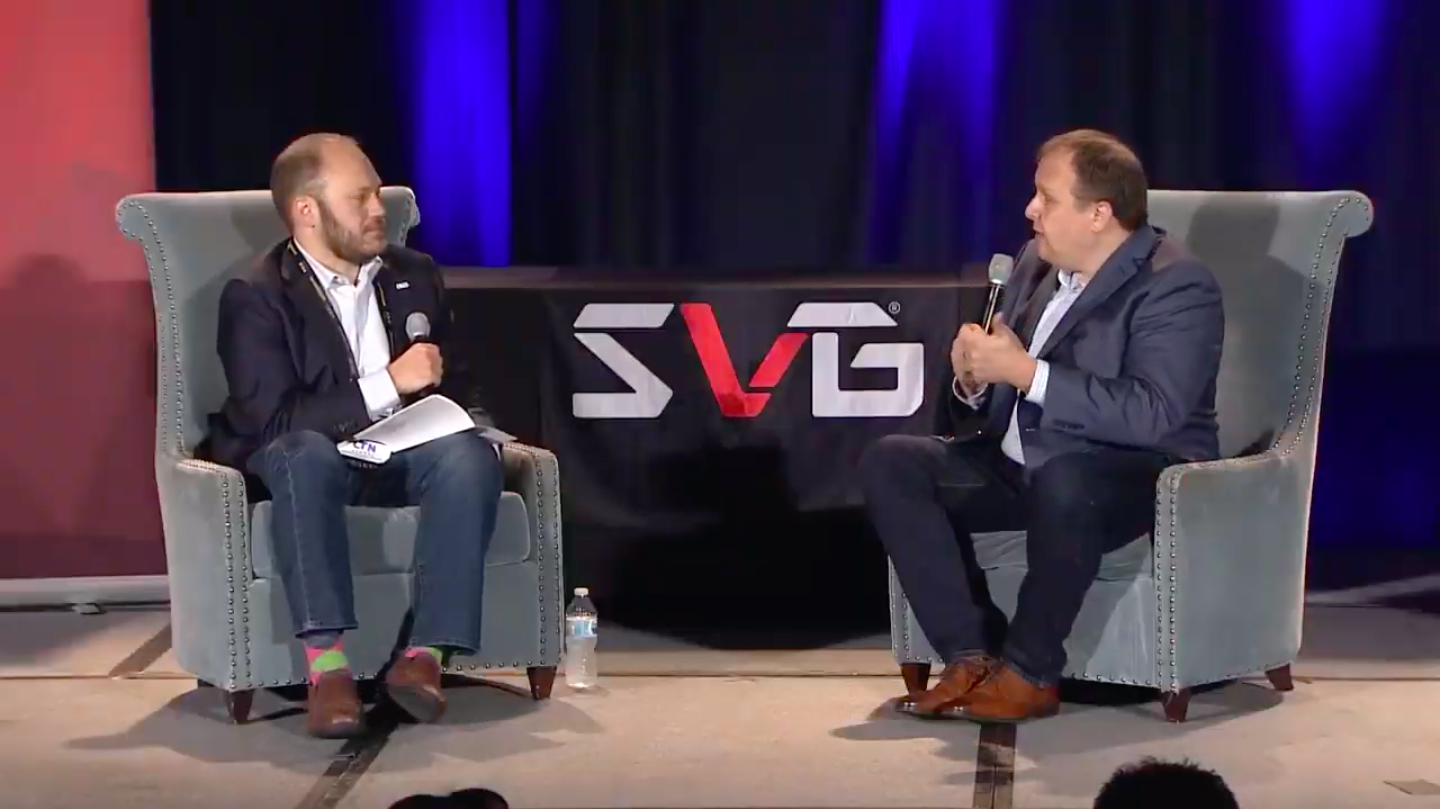 The SVG College Summit concluded on Friday with SVG Esports Production U, a special morning dedicated to educating creators of college sports-video content on the opportunities in live esports production. From the operational requirements to the creative storytelling techniques behind some of the biggest esports, the session provided a concentrated look at how some of the top esports brands put together their live-streaming productions and offered advice on how to enhance productions or build an operation from the ground up.

Stay tuned to www.sportsvideo.org and www.svgcollege.com for video recaps, interviews, and more from SVG College Summit!